Warwick Ball, F.S.A., M.I.F.A., is a distinguished writer and archaeologist who has conducted excavations in Afghanistan, Iran, Libya and Ethiopia. From 1972-1981 he worked in Afghanistan under successive regimes from kingdom to Soviet occupation. Between 1981-82 he was Acting Director of the British Institute of Afghan Studies. From 1983-85 he was Architectural Conservator in the Department of Antiquities in Jordan, and then between 1985-88 he served as Director of Excavations and Assistant Director of the British School of Archaeology in Iraq. He is now Director of Eastern Approaches, a company organizing tours to central Asia and beyond. He has published numerous books, which include" Syria: A Historical and Architectural Guide" (1994), "Rome in the East: The Transformation of an Empire "(2000) and (with Leonard Harrow) "Cairo to Kabul: Afghan and Islamic Studies Presented to Ralph Pinder-Wilson" (2002). Rome in the East won the James Henry Breasted Prize for History in 2000, and was Choice's Outstanding Academic Book in the same year. 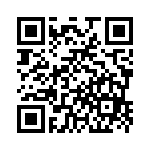